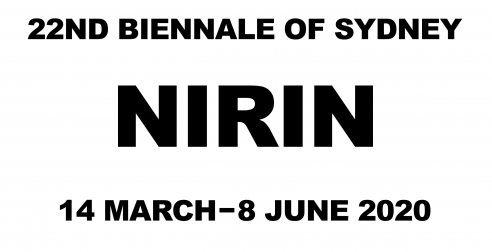 Anders Sunna is a visual artist with different dimensions of style. Since his adolescence, he has used art as a form of political agitation. His large paintings, installations and performance acts are about the oppression he and his family experience and the struggle for their rights. Through his art he expresses a diversity of emotions that cannot be conveyed in words – emotions that are rooted in the racialisation of the Sámi, the abuses they have endured and are still forced to wrestle with today.

On International Women’s Day, Sunday March 8th, the new exhibition Signature Women – 100 Years on the Swedish Art Scene opens at Artipelag. Some 350 works by about fifty Swedish female artists will be presented, well-known as well as previously marginalized names, active from the previous century up to current day. 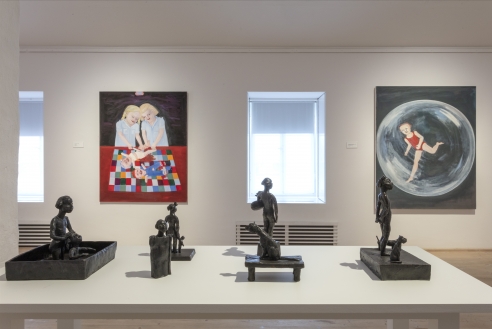 "With a career spanning nearly 60 years, Lena Cronqvist has established herself as one of Sweden’s most prominent artists. Best known for her paintings, Cronqvist’s multifaceted oeuvre also includes sculpture, drawing, printmaking and textile art. Her imagery embraces existential themes, such as love, childhood, motherhood, loneliness and death, and she often uses herself as a model. Cronqvist’s artistic practice is profoundly personal, yet equally inclusive and universal.

This thematic exhibition presents paintings, prints, drawings, sculptures and textile works from the 1960s to the present. The presentation includes several recent paintings that are being exhibited publicly for the first time." 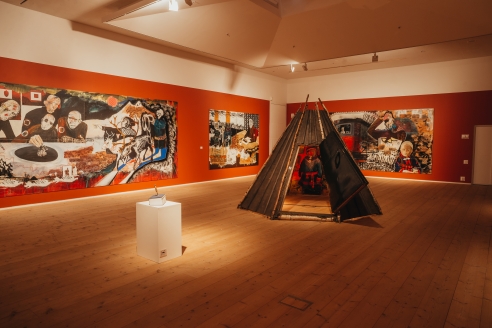 Vast landscapes, fragrant moss and reindeer skulls. Varbergs konsthall presents a major solo exhibition by the artist and Sámi activist Anders Sunna (b. 1985 Kieksiäisvaara). In his art, he explores his Northern Sámi background and what it means to be Sámi in Sweden. With his own personal history as a point of departure, Sunna reveals, in a historical as well as contemporary perspective, the resistance, racism and abuse that the Sámi have faced. In monumental paintings and sculptures, he creates an awareness of the colonisation of Sámi land and culture. “Exploration Target – Area Infected” manifests a showdown with the Swedish state. 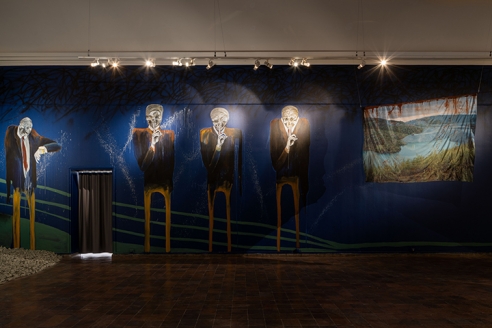 Across the world local communities are displaced in conflicts about the right to forests, agricultural land, minerals and watercourses. The group exhibition Every Leaf Is an Eye references this colonial violence, and demonstrates how various local, political and historical events are intimately interconnected in a global struggle for the ways of life threatened by the exploitation of corporations, governments and colonial powers.